A year ago, we launched Matinee Creative based on the idea that we’d be the small, scrappy creative studio who would outwork and outthink the competition.

We would be, in short, the underdog.

How has it worked out? So far, so good, thanks largely to our gracious and good-hearted friends, family, and followers. Chances are, if you’re reading this, you’re one of them. As a token of our appreciation, we’re sharing this list with you. It includes the birthdays of 19 underdog artists and performers who have inspired us, made us laugh, made us think, and helped shape who we are as creative people. 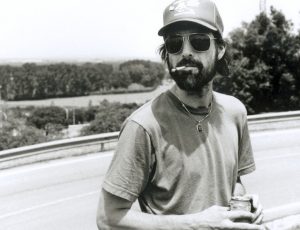 Singer for the country rock band The Silver Jews and occasional poet, Berman seems to have gone into hiding in recent years (edit: He’s reportedly releasing a new album this year). But his epigrammatic lyric-writing and tremulous voice continue to haunt our middle-aged hearts. We’re particularly fond of two albums: the ramshackle and heartbreaking The Natural Bridge and the raw and occasionally raucous Tanglewood Numbers.

As a regular panelist on Match Game, Charles Nelson Reilly was the Czar of Camp. The Minister of Mischief. The High Priest of Hijinks. You get the idea. He was also a cultural pioneer, flaunting his homosexuality at a time when doing so meant openly inviting condemnation. Find time-capsule Match Game clips of Reilly on YouTube, as well as some classic Johnny Carson appearances.

In Adult Swim’s Tim and Eric Awesome Show, Great Job!, Tim Heidecker and Eric Wareheim transformed the painful awkwardness of local cable commercials and public-access TV into stoner comedy gold. Check out the “Prices” skit for a 90-second distillation of its genius. Then there’s The Comedy, a full-length film in which Heidecker delivers a note-perfect performance that’s more commentary than comedy.

Best known for Infinite Jest—a hulking book famous for being lugged to coffeeshops by nerdy young men eager to show off their intellectual potency—Wallace’s superhuman powers of observation and articulation made him one of the finest essayist of his time. “Host,” which finds Wallace profiling a toxic talk radio host (and which you can read here at The Atlantic), is Wallace at his very best.

There is something beautiful and cleansing about the punishing brutality of a Flannery O’Connor story. “Harrowing” is hardly a strong enough word to describe the fates of her characters, whose often tragic lives play out in the stifling heat of the deep south. Arguably America’s finest short-story writer ever, O’Connor’s strengths are neatly summarized in the collection Everything that Rises Must Converge.

Latetia Sadler’s spectral mezzo-soprano is the perfect foil to Sterolab’s insistent, Moog-driven Krautrock motifs. While many once-classic ‘90s alternative acts have been (often rightly) all but forgotten, Sadler and Stereolab have stood the test of time. Newcomers to their substantial catalog could start anywhere, but we recommend Emperor Tomato Ketchup. 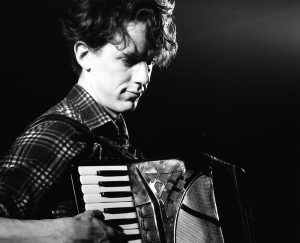 The geekiest member of the supremely geeky pop duo They Might Be Giants, Linnell has spent his career clothing improbably smart and subversive lyrics in oddball musical attire. But strip away the silly adornments, and you’ll find lyrics that confront the crippling absurdity of the human condition with incomparable wit and wonder. Hear for yourself on the strangely sad and beautiful “The End of the Tour” on John Henry.

From his debut film—the rambling, ‘90s-defining Slacker—to 2014’s sprawling and ambitious Boyhood, Linklater has tackled life’s biggest questions with bottomless curiosity, open-hearted honesty, and a wicked sense of humor. 2001’s Waking Life, a graduate philosophy thesis project masquerading as a feature film, depicts death as well as any movie we’ve ever seen. And Dazed and Confused holds up better than just about any ‘90s indie comedy. Haven’t seen it? It’d be a whole lot cooler if you did.

Best known for his powerful essays on race relations in America, Baldwin was also an excellent novelist who depicted the lives of those denied privilege and power due to their marginalized status as well as any American author ever has. For all of his gifts as a writer, Baldwin shone even more brightly as an orator. Watch him debate William Buckley in 1965 on YouTube, and be moved, angered, saddened, and in the end, inspired.

An original member of Jackson Five wannabes New Edition, Michael Bivins could have been forgiven for receding into anonymity after his more famous bandmates (Bobby Brown, Ralph Tresvant, Johnny Gill) struck out on solo careers. Instead, Bivins rounded up the other New Edition cast-offs and launched Bell Biv Devoe. Backed by Bivins’ confident swagger, BBD brought the New Jack Swing to suburbia. Listen to “Poison” and tell us it doesn’t still sound fresh after all these years.

Kicking and Screaming, the criminally overlooked debut film by Noah Baumbach, is crawling with brilliant comedic dialogue. While Baumbach is best known for The Squid and the Whale (brilliant in its own right) and working with Wes Anderson, Kicking and Screaming is his masterpiece, and warrants your attention. If nothing else, watch the Book Club scene. Violently arousing.

When Ross Shapiro died in 2016, a handful of music publications noted his passing. But mostly, his death went unnoticed outside his hometown of Athens, Georgia. That’s a shame, because Shapiro wrote some of the most melodic, shambolic, and occasionally spasmodic rock-pop tunes of the 21st century with his band The Glands. Their self-titled album is a stone cold classic. And a slew of previously unreleased material just came out this year on an LP titled Double Coda. It’s wonderful.

For most of the 20th century, the graphic design industry was dominated by males. So when Paula Scher came along, it was a long-time-coming revelation. Her bombastic and boldly idiosyncratic posters for The Public Theater’s Bring In ‘Da Noise back in the ‘90s still give us shivers. And as a partner at the titanically influential design studio Pentagram, Scher remains a force in the design industry today. 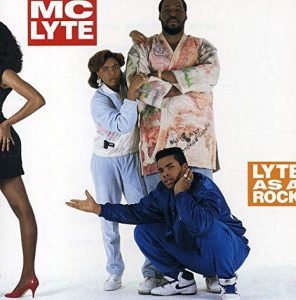 Everybody familiar with MC Lyte back in the day knew she could do her thing with an ’89 swing—and her “thing” was dropping silky rhymes over samples of Kraftwerk (see “Cha Cha Cha”). In an era when most female rappers flaunted their sexuality or focused strictly on dance-oriented tracks, Lyte was a no-nonsense emcee who refused to be defined by anything but her considerable skill and talent as a writer and performer.

There’s something ineffably wonderful about the various properties that compose the human being who goes by the name “Parker Posey.” The erstwhile queen of ‘90s indie films is one of those rare character actors who commands your attention for reasons you just can’t explain. She’s literally always good—but perhaps never better than in The House of Yes.

You wouldn’t expect the lisp-afflicted Erick Sermon to excel in the art of elocution. Yet the way he strings words together is captivating. Think of Sermon as the forefather of other rappers who boldly embraced their lisps, like Mase and Notorious B.I.G. But for our money, nothing’s better than Sermon slurring rhymes over Kool & the Gang’s “Jungle Boogie” and Zapp’s “More Bounce to the Ounce” on “You Gots to Chill.”

If Robbie Robertson was the brains of The Band, and Levon Helm was the soul, then Rick Danko was unquestionably the heart. If you don’t agree, go listen to his vocal performance on “It Makes No Difference” from the The Last Waltz. Pay particularly close attention when he yelps, “I love you so much, it’s all I can do, just to keep myself from telling you.” Then get back to us.